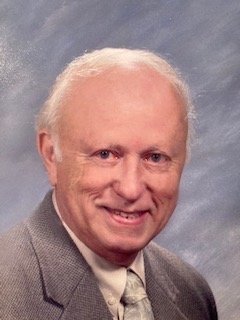 Please share a memory of Douglas to include in a keepsake book for family and friends.
View Tribute Book
New Scotland – Douglas H. Smith, 88, died Thursday, February 11, 2021 at the Our Lady of Mercy Life Center in Guilderland. Born in Albany, Doug was the son of the late Dorothy Schenmeyer and Henry D. Smith and had lived in New Scotland since 1958. He was a veteran of the United States Army, serving from 1952 to 1954. He married the former Audrey Quay on March 3, 1956. Douglas was employed as a civil engineer at the NYS Department of Transportation for 37 years, retiring in the early 1990’s. Douglas and Audrey enjoyed round and square dancing and were active in Hosta, Iris and Daylily Associations. He was a 26 year member of the New Scotland Kiwanis and a longtime attendee of the First United Methodist Church of Voorheesville. Douglas was the husband of the late Audrey Quay Smith; father of Mark E. Smith of Slingerlands and the late Craig D. Smith; and brother of Lynda Kingston (Fred) of Schodack, Wayne Smith (Linda) of Delmar and the late Carolann Smith. He was also survived by several nieces and nephews. Relatives and friends are invited to call at the Reilly & Son Funeral Home in Voorheesville on Wednesday, February 17, 2021 from 9:00 to 11:30 a.m. A funeral service will then be held at 12:00 noon at the First United Methodist Church, 68 Maple Ave., Voorheesville, NY 12186. Burial will follow in Memory Gardens Cemetery in Colonie. For those who wish, memorial contributions to the First United Methodist Church of Voorheesville or the New Scotland Kiwanis would be appreciated.
To send flowers to the family or plant a tree in memory of Douglas Smith, please visit Tribute Store
Wednesday
17
February

Share Your Memory of
Douglas
Upload Your Memory View All Memories
Be the first to upload a memory!
Share A Memory
Send Flowers
Plant a Tree