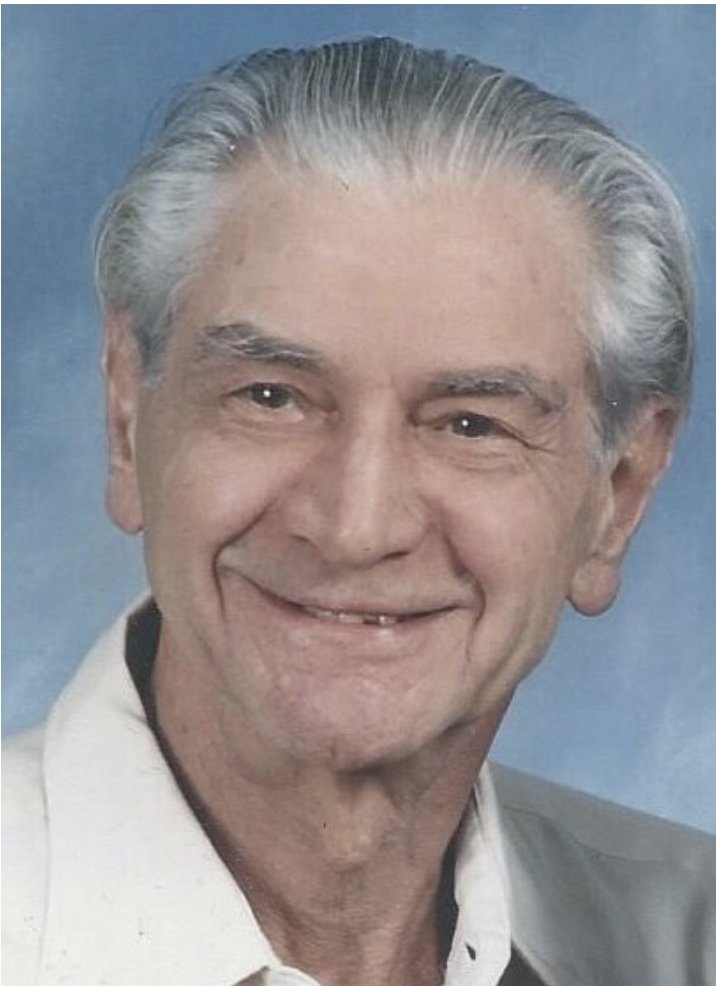 Please share a memory of John to include in a keepsake book for family and friends.
View Tribute Book
John W. Geisendorfer, age 96, recently of Camillus Ridge Terrace, NY, died Friday, December 11 at St. Peters Nursing and Rehab Hospital in Albany, NY. Born Hans Wilhelm, in Durmersheim, Germany on 15 March 1924, John immigrated to the United States with his parents Erwin and Marie in 1929, settling in Buffalo, NY. John was inducted into the US Army on 12 February 1943 and landed in North Africa assigned to the First Field Artillery Observation Battalion, continuing to see action in both Italy and southern France. John married Betty Guenther on 3 September 1949 and soon after celebrated the births of their three children, Allan, Linda, and Bruce. Joining the former Niagara Mohawk Power Corporation after the war, John started working at the Huntley Steam Station, and in 1962 was selected to join the newly opened Electronic Data Processing Center in Syracuse, NY, picking up his family and settling in nearby Camillus. He continued to work for NiMo in power dispatch until his retirement in 1984. He was a regular at the annual clambakes. John was an avid gardener, having a proverbial green thumb, nurturing his various flowers and plants up to his final days. His backyard garden was enhanced by numerous rock walls that everyone took part in building. He also enjoyed sports, especially bowling and regular Sunday afternoon tennis outings with his family, with a little volleyball, jarts, and horseshoes thrown in. Throughout his life he travelled around the USA, from Maine to California, including Betty and John’s honeymoon trip via train to Yellowstone and Utah and the 1969 month-long family trip to more than fifteen states in a 19 ft RV. John loved classical music, having played the violin, piano, and flute as a youth and continuing to play the violin in the Onondaga Civic Symphony Orchestra into his 70’s. John attended St. Michael’s Lutheran Church in Camillus and for years sang in the choir along with Betty. He was also a member of the choral group, The Music Men, which was highlighted by a trip to Romania in 1974 for a tour of singing and sightseeing.
To plant a beautiful memorial tree in memory of John Geisendorfer, please visit our Tree Store

Look inside to read what others have shared
Family and friends are coming together online to create a special keepsake. Every memory left on the online obituary will be automatically included in this book.
View Tribute Book
Services for John Geisendorfer
There are no events scheduled. You can still show your support by planting a tree in memory of John Geisendorfer.
Plant a tree in memory of John

Share Your Memory of
John
Upload Your Memory View All Memories
Be the first to upload a memory!
Share A Memory
Plant a Tree