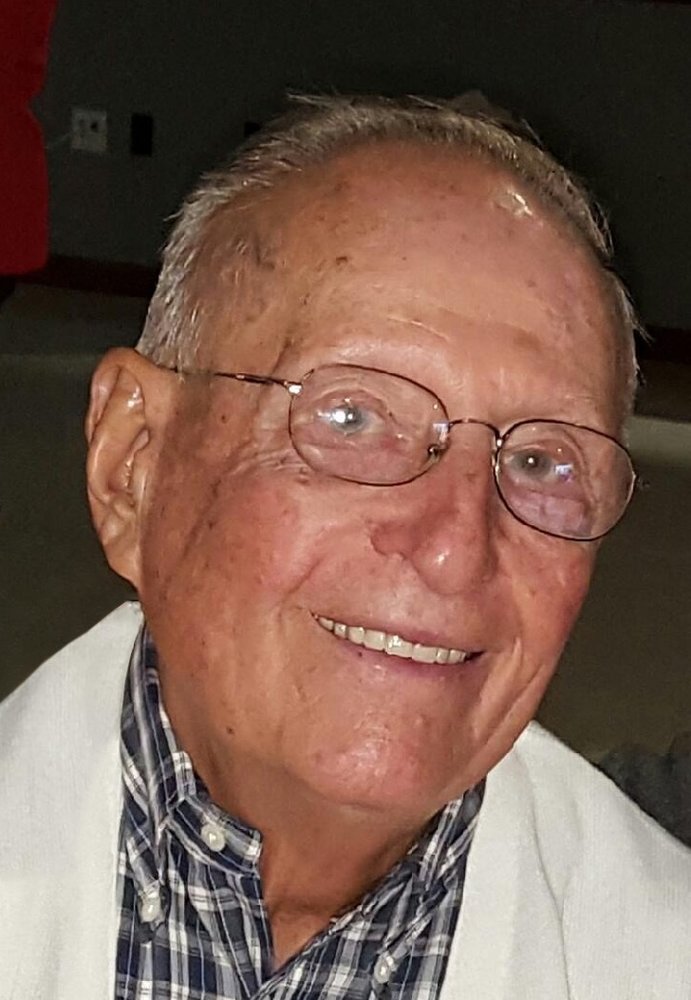 Please share a memory of William to include in a keepsake book for family and friends.
View Tribute Book
Voorheesville – William Haberland, 93, passed away on Monday, November 2 at Samaritan Hospital. Bill was born in Albany on October 29, 1927, the son of William Haberland and Anna Rymiller Peters. He was predeceased by his beloved wife of 58 years, Mary Frances Haberland; brothers Raymond (Doris) Haberland and John Haberland; sister Elizabeth (Joseph) Cooke; stepsister Mildred Johnson; son-in-law Bob Parzych. Bill is survived by his daughters, Ann (Fred) Carpinello of Duluth, GA, and Gail Parzych of Berlin, CT, and his son Glenn (Paula) Haberland of Clifton Park; grandfather to Freddie and Jenna Carpinello and Nicholas and Michael Parzych. Other survivors include his sister Susan Schoonbeek and her husband Bob; sister-in-law Jean Haberland; as well as many nieces and nephews. Bill served in the US Army during WWII and retired from Carmen Trucking in 1989. After raising his family with Fran in Voorheesville for 53 years, Bill moved to Clifton Park to live with his son and daughter-in-law. Bill enjoyed sports, especially golf, baseball and football. He participated in several golf leagues. He was a lifelong NY Yankees and NY Giants fan. Bill was also an avid reader. Calling hours will be held Sunday, November 8 from 12-2pm at the Reilly & Son Funeral Home in Voorheesville. Interment will be on Monday at the Gerald B. Solomon National Cemetery at 11:30 a.m. In lieu of flowers, donations may be made in Bill’s memory to the Voorheesville American Legion Post 1493, 31 Voorheesville Ave, Voorheesville, NY 12186.
To send flowers to the family or plant a tree in memory of William Haberland, please visit Tribute Store
Sunday
8
November

Share Your Memory of
William
Upload Your Memory View All Memories
Be the first to upload a memory!
Share A Memory
Send Flowers
Plant a Tree