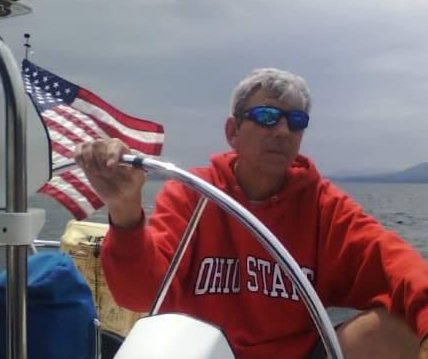 Voorheesville - Robert “Bob” C. Gorman, 65, passed away on Friday, March 1, 2019.  Born in Binghamton, he was the son of the late Norene Demer and William F. Gorman. Robert was the brother of Betty Ann Smith (Jim) of Lebanon, PA; and uncle of Amy Smith of Astoria, NY and Brandon Smith of Jonestown, PA. Bob also held a huge part of his heart for Kaitlin Rizzuto (Andrew) who he thought of as his daughter.

Bob was a graduate of The Ohio State University and was an avid Ohio State Football fan. GO BUCKS! He also enjoyed sailing on his boat on Lake Champlain and loved his Dock 2 family up at Willsboro Bay Marina. When Bob wasn’t sailing he spent his winters skiing at his favorite mountains.

Bob spent his last few years traveling the world. He mined for Gold in Alaska, sailed a Catamaran around the Caribbean and spent some time in Florida with his sister and brother-in-law. Bob had a hilarious sense of humor and always had a pun up his sleeve. Bob had been a Project Manager and for the majority of his career he was employed by The Rosenblum Companies in Albany until his retirement in December.

Relatives and friends are invited to call at the Reilly & Son Funeral Home, Voorheesville from 1 - 3 p.m. on Saturday, April 27, 2019.  Burial will follow in the Mt. Pleasant Cemetery in New Salem.

To send flowers to the family or plant a tree in memory of Robert Gorman, please visit Tribute Store
Print
Saturday
27
April